When most people think of migration, they only think of birds migrating south for the winter. There are however, tons of different species that take part in migration events. Animal migration occurs when individual animals move a relatively long distance, usually on a seasonal basis. Many different species take part in migration including birds, mammals, fish, reptiles, amphibians, insects, and crustaceans. There are multiple environmental factors that can trigger the migration. Some of these include the local climate, the availability of food, what season it is, or mating reasons. To be considered a “true migration”, and not just a local dispersal or irruption, the movement of the animals should occur annually or seasonally. Examples of this include birds migrating South from the Northern Hemisphere for the winter, or wildebeest migrating annually for seasonal grazing. 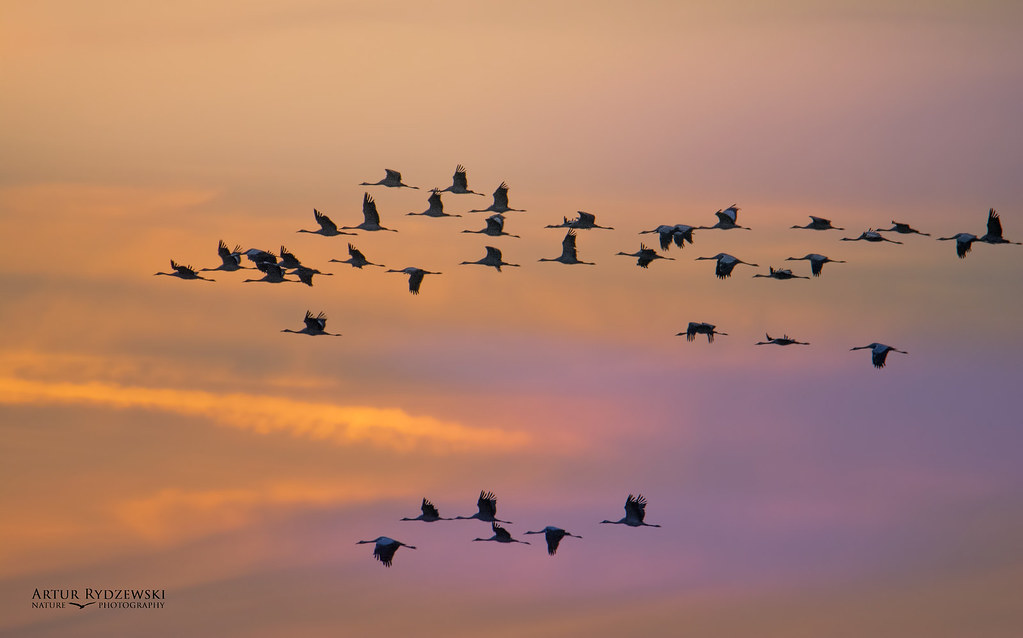 “Cranes Migration” By Artur Rydzewski Under Attribution 2.0 Generic (CC BY 2.0)

Migration is an adaptive response to certain seasonal or geographic variations of resources. The change in seasons provides a drastic difference in the duration and intensity of solar energy received in each hemisphere. It also allows the animals that migrate to take advantage of favorable food and weather conditions in the different locations. Animals can travel hundreds to thousands of miles during migrations.

How do the animals know where to go?

There are two main environmental cues that allow animals to know where to go when they are migrating. These are visible cues and invisible cues. Visible cues are used by birds, insects, crabs and many others in order to detect polarized light patterns.  These light patterns are formed when light is scattered by airborne particles, and the patterns that they create change as the sun’s position shifts throughout the day. This allows animals to know where they are going, even on cloudy days when the sun is not visible. Invisible cues can consist of olfactory and magnetic cues. Olfactory cues use the sense of smell to detect airborne substances. Magnetic cues are used by many species including birds, bats, whales, and turtles. Some of these species are able to use their magnetic compasses to detect the changing angle of the magnetic force lines, the north-south polarity, or the strength of the Earth’s magnetic field.
The image below shows migration patterns in different species of birds and shows just how far some are able to travel. 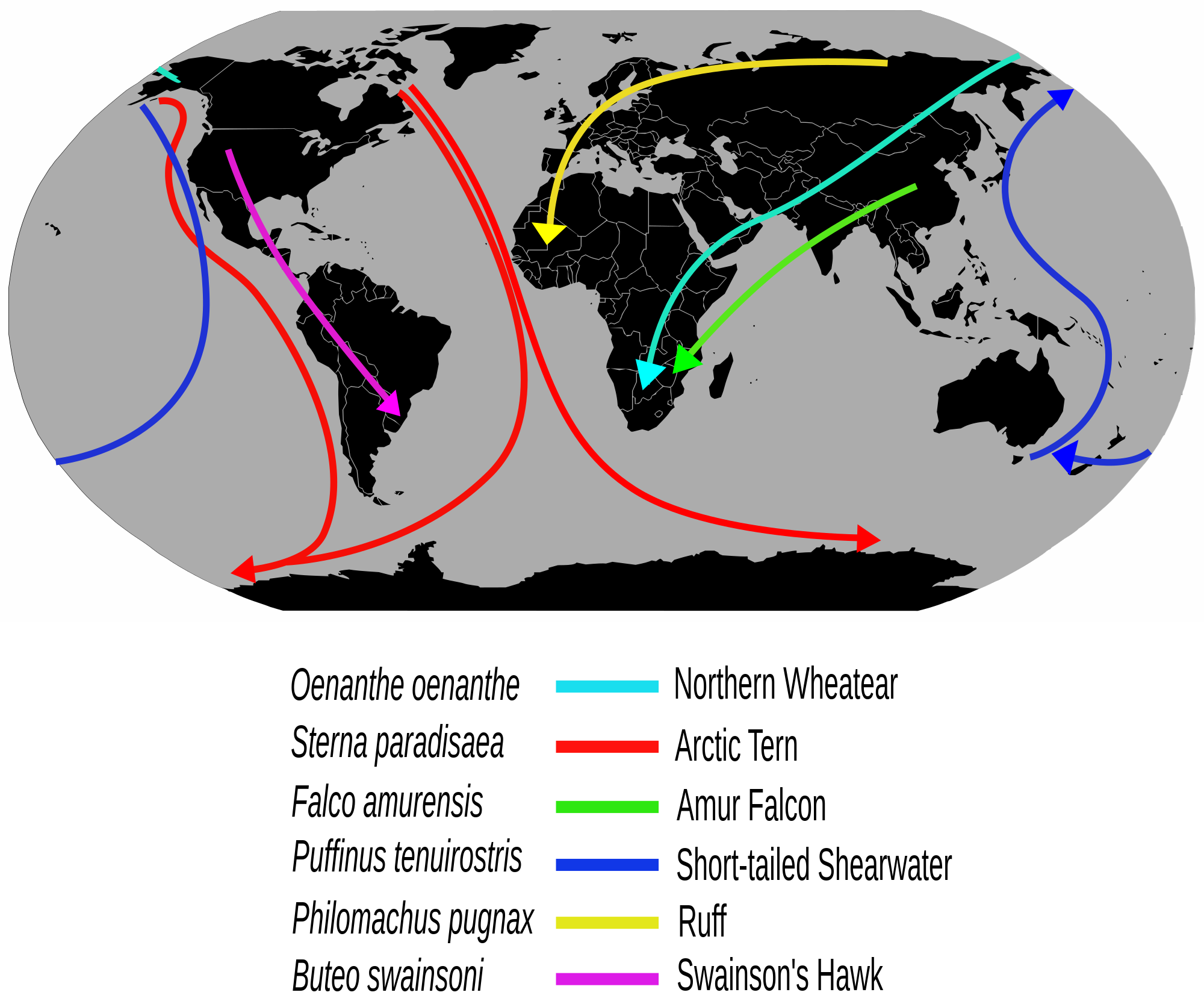 The Christmas Island Red Crab is a species of land crab that is native to Christmas Island and the Cocos (Keeling) Islands, which are located  in the Indian Ocean. Red is the most common color for Christmas Island Red Crabs, although they can also be found in orange, and very rarely purple. They are a larger species of crab, with an adult crabs body shell  measuring up to 116mm across. Their body shell encloses their lungs and gills. The claws of these crabs are usually equal in size and they have the ability to regrow missing claws.

There were an estimated 43.7 million adult red crabs on Christmas Island alone, but this number dropped drastically after the yellow crazy ant was accidentally introduced. It is believed that these ants have killed between 10–15 million crabs. Christmas Island red crabs are most known for their annual mass migration to the sea. They migrate here so that they are able to lay their eggs in the ocean. The crabs only migrate during the rainy season, and if there is not enough rain, they will halt their migration.

The video below shows some great footage of the migration and explains a little more about it.

2 thoughts on “Migration of Red Crabs”