What is the Peppered Moth?

The peppered moth is native to England and is typically either black, or mostly white with black markings. Initially, black peppered moths were rare, and you almost exclusively saw the white ones. The lighter color helped the moths blend in with lichens on the trees, while the black moths stood out more which made them easy targets for predators.  This however, changed after the Industrial Revolution. During the Industrial Revolution, coal-burning factories began to pollute the air and the surrounding areas. This pollution began to kill many of the lichens on the trees and eventually led to the trees becoming darker. This change in color made it so that the lighter colored moths now stood out against the new dark color of the trees which led to a dramatic decrease in their population. On the other hand, there was a dramatic increase in the population of dark colored moths because of their new ability to camouflage themselves. 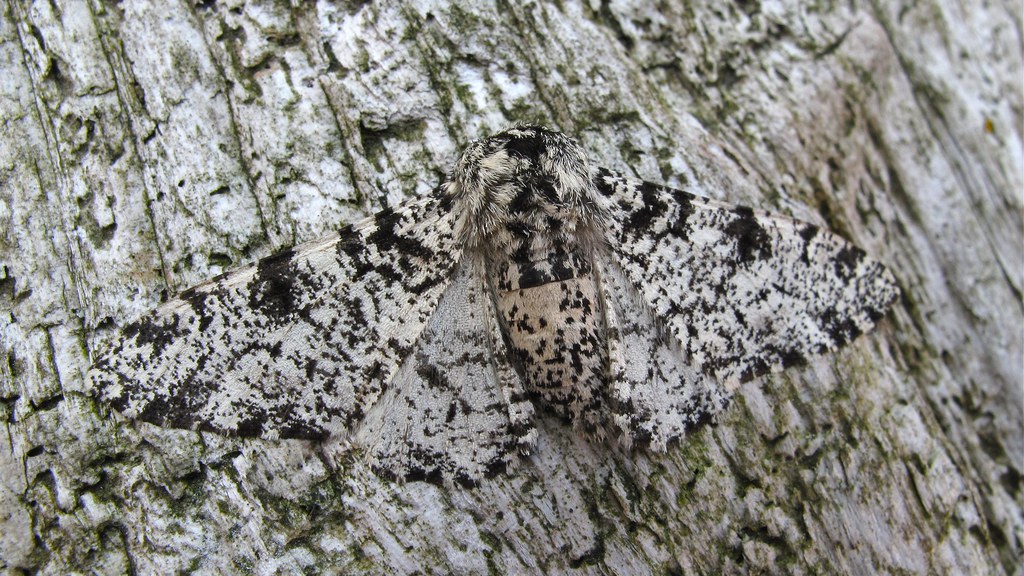 The peppered moth is also a common example used to show Darwin’s theory of Natural Selection. This is because the more advantageous trait to have in a polluted forest is the dark coloration, while in a non-polluted forest, the lighter colored moths have a higher fitness.

Proximate causation is how genetic-development explains a biological function in terms of immediate physiological or environmental factors. In other words, the proximate cause is why these specific traits develop. In the case of the peppered moth, the proximate cause is genetic. The moth has a specific gene that codes for whether they are light or dark colored. The moths with a coloration that gives them the highest fitness will reproduce and pass the genes for that color to their offspring.

Ultimate causation is the evolutionary history behind why a trait evolves. In the case of the peppered moth, it was to help the moths blend in. Blending in increases their chances of survival and likeliness of reproducing. depending on the environment, one wing color may help more moths survive than the other wing color. Being able to blend in is a significant advantage to the moth.