What is Sexual Cannibalism?

Sexual cannibalism is when one sex (usually the female) cannibalizes their mate before, during, or after sexual reproduction. It is most common among insects and arachnids. There are a few different reasons why this happens.

The adaptive foraging hypothesis is one reason why females cannibalize males. This hypothesis proposes that females assess the nutritional value of a male compared to their value as a mate. If a female has not eaten recently then they are far more likely to cannibalize the male than mate with him.

Mistaken identity can be another reason why females cannibalize males. This is when the female doesn’t identify a male attempting to court and attacks without realizing that they are a potential mate.

In some species of arachnids such as the Lycosa tarantula, there is a significant increase in fecundity, egg cases, hatching success, and survivor-ship of offspring when the hungry females choose to cannibalize smaller males before mating with larger, genetically superior males. This reproductive success is mostly due to the additional energy uptake from cannibalizing the small males and investing that energy into the development of larger, higher-quality egg cases. This example shows mate choice being exercised by females. The smaller males show less fitness so they get eaten far more often. 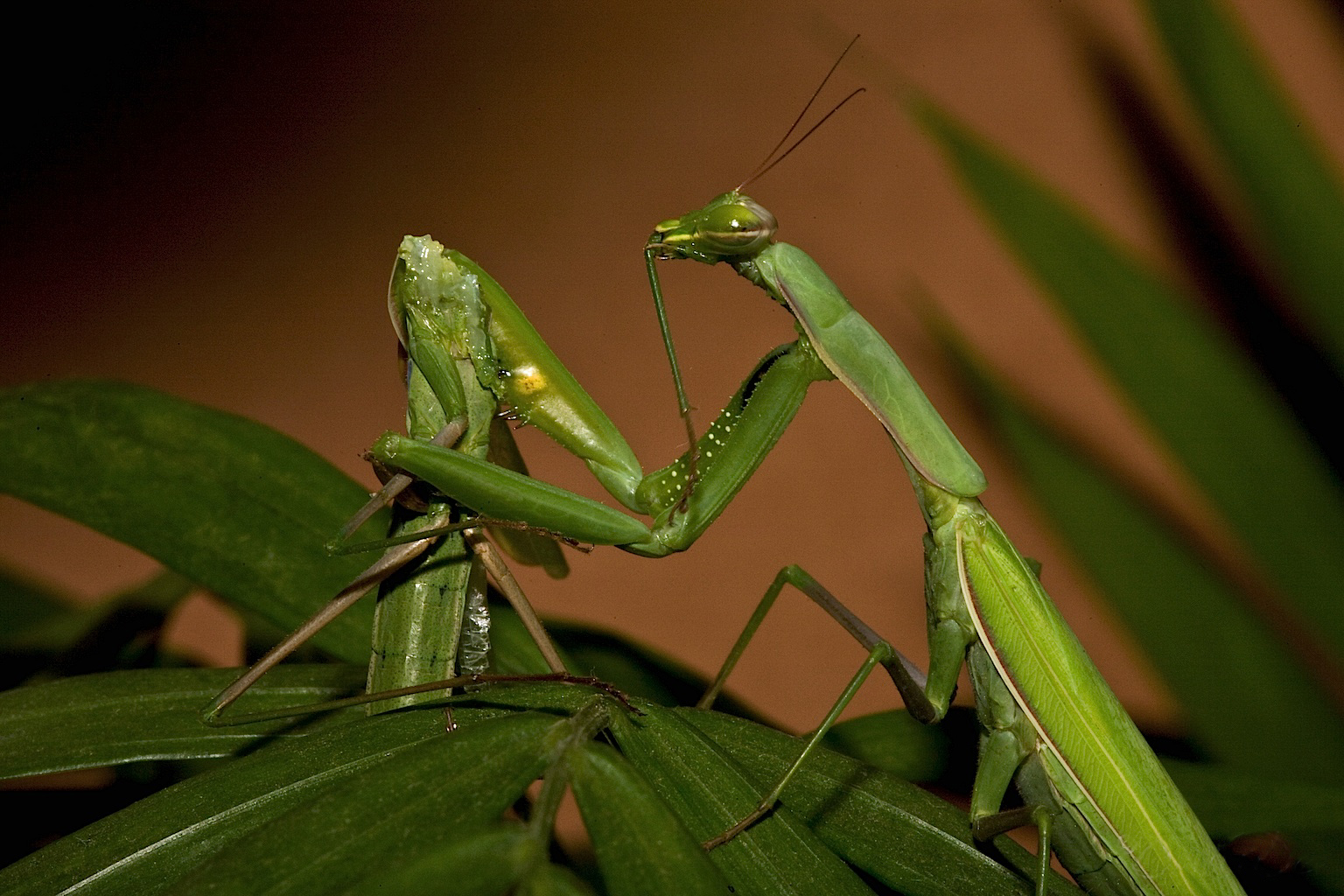 In mantises, cannibalism by the female improves fecundity, and overall growth including body condition.  Since the male praying mantis is smaller than the female, she can easily overpower him and make him her next meal. Because of this, the male must approach the female with extreme caution, usually while she is busy grooming or feeding on another insect. If his approach is successful, then he is able to mount her. Sometimes the female is not receptive of the male’s advances and will quickly turn around and bite his head off. This has resulted in a reflex mechanism in the male that allows him to finish mating without a head.

What is Sexual Suicide?

Sexual suicide is different than sexual cannibalism because it is when the male offers himself to the female. It is the ultimate nuptial gift. The male does this to ensure that his sperm is the sperm used to fertilize the female’s eggs.

The Australian Redback spider, also known as the Black Widow is one of the most common examples of sexual suicide. The male spider will purposely position himself above the female’s jaws and throw himself into her mouth so that during copulation, he can be eaten by the female. This process can prolong intercourse and make it much more likely that his sperm will be what fertilizes her eggs. Also, his body provides a nutritional supplement that can help ensure a larger number of eggs.

Benefits to the Male and to the Female

Sexual cannibalism and sexual suicide both have benefits to the male and to the female. The female benefits from getting an extra meal, giving her the extra nutrients needed to develop their young. The males also surprisingly benefit from these interactions. The males benefit because if females are widely dispersed and hard to come by, they may only find one in their lifetime. This means that once they mate with her, giving her extra nutrients to develop their young is more of a fitness benefit than going out and trying to find another mate.