A courtship display is used by many animals to attract a mate. It is typically a set of display behaviors that can include ritualized movement or “dances”, vocalizations, mechanical sound production, or displays of beauty, strength, or agonistic ability. Sometimes a group of males will perform a courtship display together and the females will then choose which ones they want to mate with. Many of these courtship displays lead to sexual selection. Sexual selection is a trait that an individual has that lowers their chance at survival, but raises their ability to mate. Examples of this can be bright colors and drawing attention to yourself. The females are more likely to mate with a male that has more impressive colors, but these can also make it harder for the males to camouflage themselves and hide from predators. Their mating calls and displays also attract a lot of attention from females, but can also attract predators. Sexual selection traits are very common in male birds.

This video of a male bird of paradise is a great example of the flashy colors and displays that are sometimes necessary to be able to mate. He uses vocal displays, ritualized movement, and displays of beauty in his attempt to mate.

Flamingos use a group tactic to attract a mate. The males all perform a large group “dance” and if a female is attracted to one of them, he will leave the group and they will mate for life.

Peacocks rely on their large, brightly colored tail to attract a female along with a ritualized dance.

The Japanese puffer fish does something amazing to attract a mate. Although he has no flashy colors or a dance to do, he is able to make a beautiful display in the sand. These intricate designs will be washed away by the current unless he works on it constantly.

Peacock spiders use a dance and also a display of bright colors in an attempt to impress a female and be able to mate. If a male doesn’t impress the female, she will try to kill and eat him.

When an animal displays reversed sex roles, the female will put in more effort than the male when looking for a mate. Also in some animals, the males will be the ones to carry and take care of the offspring. Seahorses are an example of this. A female seahorse will deposit up to 2,000 eggs into a pouch on the side of a males body. The male will then carry these eggs until they are ready to be born. This is typically around 45 days.

Another way to have reversed sex roles is to be hermaphroditic. An example of this are clown fish. Clown fish are all born male but the most dominant male will become the only female in the group. 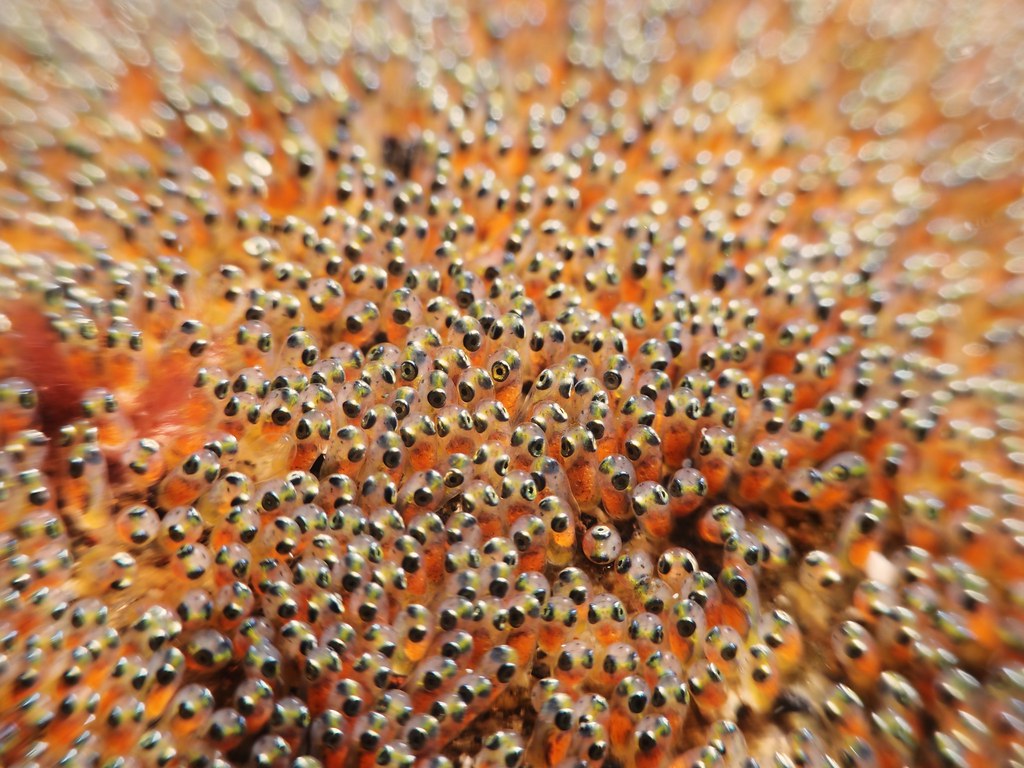 In some species such as shore birds, the sex roles are dependent on the ratio of males to females. When there are more females than males, conventional sex roles will be used. When there are more males than females, the females will compete for males to mate with, while the males will take care of the offspring. This is an example of how environmental conditions can lead to reversed sex roles. In other species where sex roles are reversed, parental investment and the availability of mates can lead to sex role reversals.

One thought on “Mating Behavior”