Spring break is a week where many college students mainly in the U.S. travel to popular destinations most commonly in Florida. Daytona Beach has been called “The World’s Most Famous Beach” and the Florida Keys, Miami Beach and South Beach are also very popular destinations to travel to. Although it usually consists of a lot of fun and partying, when spring break is over and everyone travels back home, the mess that was made is still left on the beaches. Most people don’t stop to think about how much trash is left and the effect that their mess can have on the environment once they leave. Some beaches are starting to make rules for spring breakers but they are hard to enforce and they are ignored by many people. 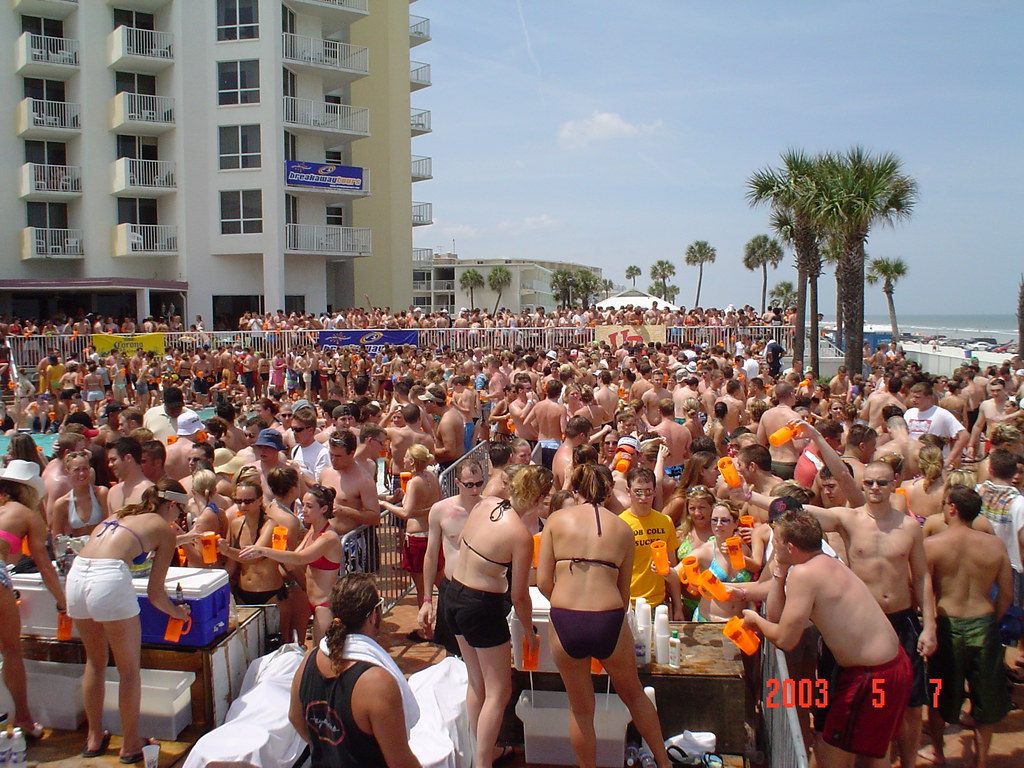 Lots of trash is left behind after the week of partying and fun is over. Even though beaches usually put out extra trash cans and recycling bins during for spring breakers to use, most just ignore them and throw their trash in the sand or the water. Usually it is up to organizations and volunteers to help clean up the mess. In Fort Lauderdale, a member of the organization SOS Ocean Cleanup needed to put out a call for more volunteers to help clean up the beaches. On this beach alone, they ended up bagging over 850 pounds of junk and that did not even include plastic. On beaches that belong to a resort or hotel, it is up to them to keep their beaches clean, but many do the bare minimum. 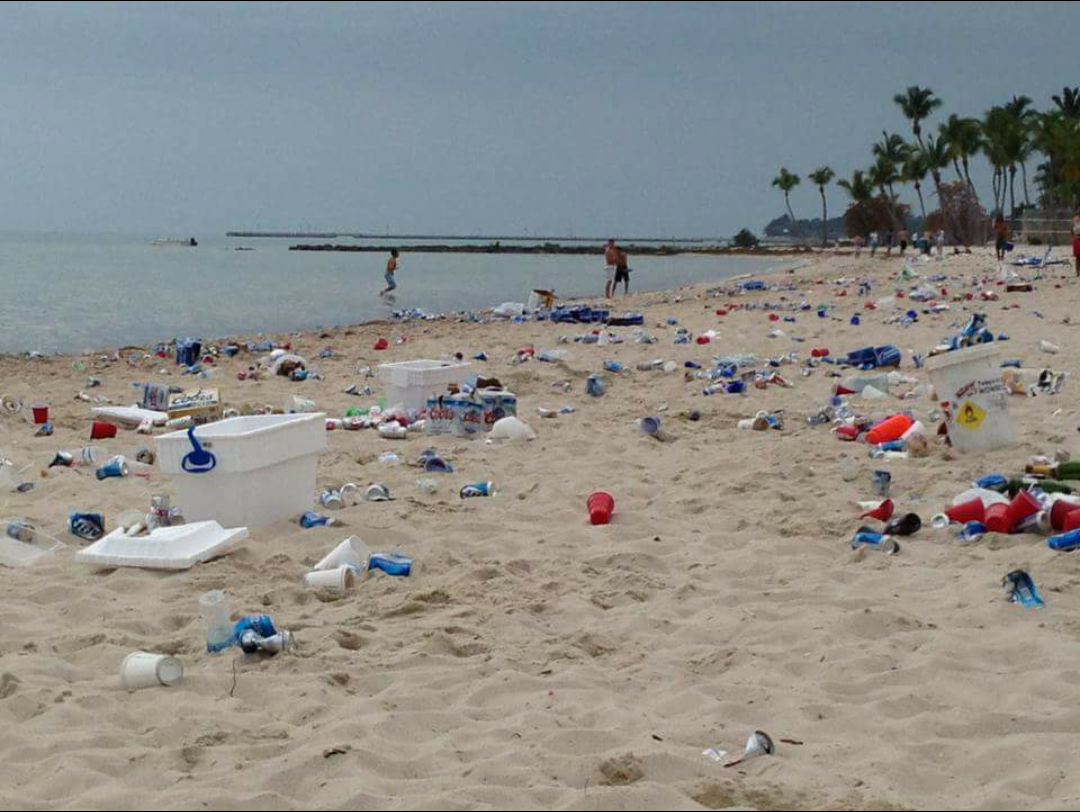 “A Beach In Key West” under Imgur

The marine life also suffers from spring breakers. People don’t respect the animals and they use them for drunk activities.

Here is a video of a drunk college student using a shark to help him shotgun his beer.

This video has been spread throughout the internet and is getting lost of negative comments from viewers. Many people are calling it cruelty and abuse of the animal, but some are praising it and think that its cool. When videos like this go viral, it raises awareness about the problems on the marine life, but can also lead to people trying to copy them and cause even more problems.

There is another popular picture going around the internet that shows a man using a starfish to funnel a beer. The “Starfish Luge” is also getting some very negative reactions. 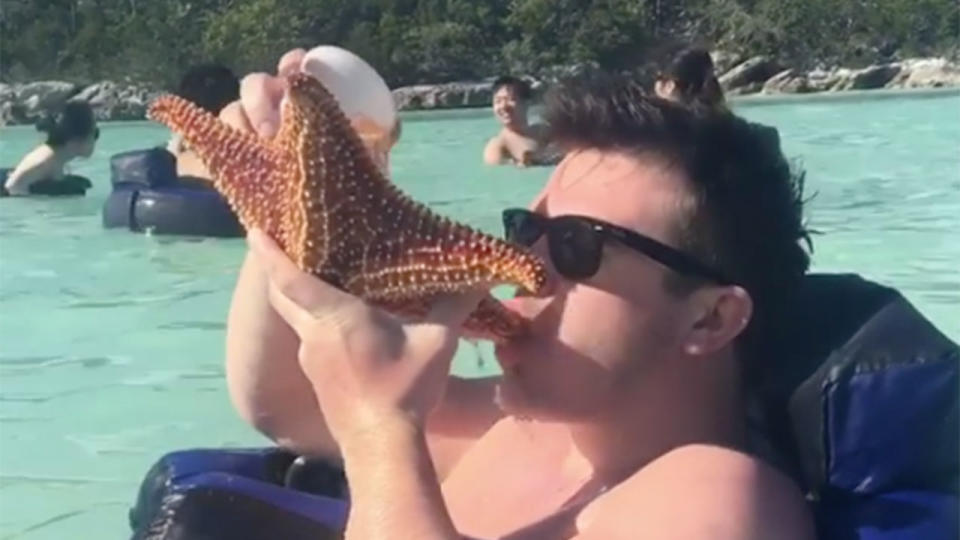 A third harmful act that happened to marine life just this year during spring break was when a male student jumped into a shark tank at the Atlantis Resort.

Activities like this not only disturb the marine life living in the tank but they are also dangerous to the people involved. Although All of these videos and pictures have gotten lots of negative feedback from viewers, twitter and Facebook pages such as totalfratmove and many others continue to share the videos and pictures and praise the people for doing these things. The popularity and views that these people are getting from doing these activities could encourage others to do the same in the attempt to get internet famous.

There are many easy solutions on how to keep the beaches clean and to stop harming the wildlife while on spring break. The easiest step would be to make sure you and your friends are using the trash cans and the recycling bins on the beach and not just throwing your trash on the ground. Another step would be to not encourage the drunk activities and make videos like the ones above more popular than they already are. Over this Spring Break on Miami Beach, there was a tweet sent out from the beach police about students from the Florida International University staying after most people had left and helping to clean up the beach. The beach police department were very grateful for this act because many people would have just left it for someone else to pick up.
Here Was the tweet that they sent:

Even tough was these students did was great, they were criticized by the same twitter account that has been encouraging the harmful, drunk activities towards the marine life seen above. The twitter account totalfratmove called these student “nerds” for picking up the trash and also stated that they should “Quit picking up trash on spring break”. It is things like this that could discourage people from doing these helpful activities.

http://totalfratmove.com/quit-picking-up-trash-on-spring-break-nerds/?utm_medium=short&utm_source=Twitter …
Another way beaches are trying to prevent the amount of garbage left on the beach is rules that ban people from bringing certain objects to the beach. Miami beach set rules this year that banned coolers, tents and inflatables during spring break. They were also trying to more strictly enforce the existing ban on alcohol and the playing of loud music. Although these rues were hard to enforce, and people definitely got away with breaking some of them, they are a step in the right direction for trying to reduce the damage done by spring breakers. Panama Beach has also set a list of rules that are just in place for spring break. The list of rules can be found here. They mostly include parking bans, alcohol bans, restrictions on late businesses can be open and multiple others.